NEW YORK CITY --- Spike Wilner steps down the stairs at 163 West 10th St. and unlocks the door to his new club called Mezzrow in the heart of the World Capital of Jazz - Greenwich Village.

It is hard to imagine anyone opening a jazz club who has more cred than Wilner, who's managed Smalls at 183 West 10th St. for years (www.smallslive.com).  Smalls has near-religious status in the West Village jazz scene and is a favoured hang among musicians.

Wilner runs the record label Live at Smalls, composes, arranges and gigs all the time. And very soon, he will have a second jazz club to run just across 7th Avenue from Smalls.

“This is going to be piano oriented - piano duos, trios, no singers, no jam sessions, no drums,” Wilner says of Mezzrow. (www.mezzrow.com).

“There used to be a lot of piano rooms in New York City, Bradley's was a famous piano room, The Knickerbocker, Gino's, the Whipoorwhil, Sophia’s,” Wilner says.

“There were all these elegant bars where you would just go in and there would be a piano and bass player playing all night,” Wilner says. “There's not really any left. The Knickerbocker is still there, but it has changed.” The legendary Johnny O'Neal appears regularly at Mezzrow. 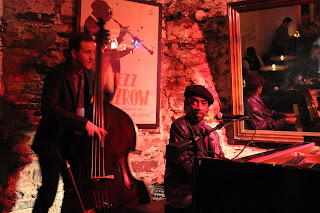 Wilner, who just turned 48, scrambled for two months to get a liquor licence for the new club, negotiate a 10-year lease and complete the renovations. The long, narrow space is a stunning homage to one of his personal heroes - Mezz Mezzrow.

Mezzrow was a Jewish kid from Chicago who fell in love with jazz and African American culture, becoming a professional player - tenor sax and clarinet. He gigged with Louis Armstrong, Sidney Bechet, King Oliver, Bix Beiderbecke and others.  Mezzrow also sold marijuana to the Jazz Cats in 1920s Chicago, so much so that weed became known as Mezz. He wrote a memoir that became a classic of jazz literature - Really the Blues. Mezzrow eventually married an African American woman, settled in Harlem and played in New York City clubs. He was an early advocate of racial equality and integration.  Mezzrow also organized some important recording sessions. 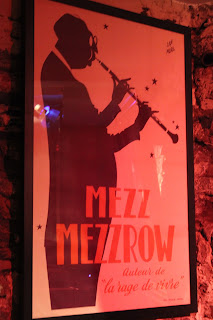 A rare, original poster of Mezzrow playing the clarinet hangs on the wall behind the restored Steinway at the back of the club.  The grinning visage of a young Louis Armstrong is the public face of Smalls – gracing CD covers, coasters and T-shirts.  This poster of Mezzrow is headed for the same status at Wilner’s new club.

“I found it online, I bought it from an antique poster shop in Israel,” Wilner says.

Wilner found a piano restorer in Huntington, Long Island, who had a lot of great pianos and good prices.

Halfway into the room on the right hand side is a beautiful mahogany back bar made in Chicago in 1929.  Wilner found that in Philly, and bought it.

“Isn't it nice?” Wilner says running his hand on the bar. “We attended to every dam detail, like this bar, going to Philly and out to this warehouse.  We just saw all these old, damned bars.”

Mahogany cocktail rails hang from a wall. Wilner bought mahogany chairs from a restaurant that was going out of business, and some high tables - also mahogany.

“Everything is mahogany in this join,” Wilner says.

It cost about $200,000 to create Mezzrow, including the piano, renovations and legal fees.
“Who knows what's going to happen? That's all I can say, no one has any-fucking-idea.  If you build it, they will come as they say, but maybe not,” Wilner says. “I am not thinking about it.” 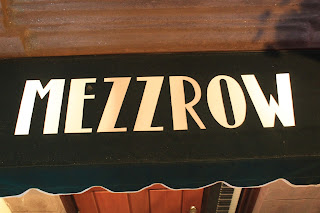 Wilner gave the owner two months rent to take the space off the market while he pursued a liquor licence earlier this year.  He collected hundreds of signatures from residents on nearby blocks who support the club, hired a sound-attenuation engineer and even had a letter of support from Wynton Marsalis. The state liquor authority will only grant a licence if the applicant has the support of the Community Board, and Wilner worked hard to secure it.

“It was a big job, a huge job, but we got it done, we got our liquor licence passed so I just signed a lease for 10 years,” Wilner says. “It was so much fun building this place.” 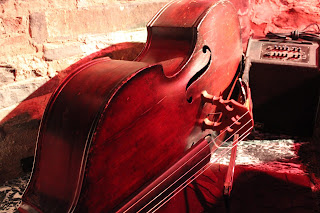 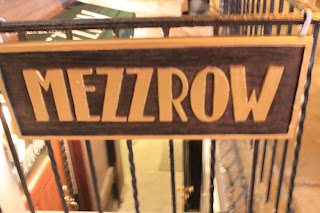