Robi Botos and his family know first hand about the persecution of the Romani in Hungary and elsewhere in Eastern Europe. Botos and his extended family fled the place years ago, and made new lives for themselves in and around Toronto. As soft-spoken as he is talented, Robi says it was very, very difficult to leave his home and start over again in Toronto with no English and even less money. 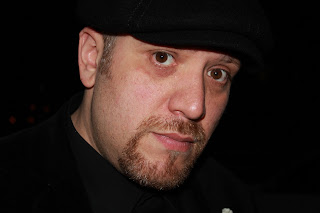 Robi left his native Hungary in late 1998. He came to Toronto with his wife Violet, and his two young daughters, Barbara, then 18 months old, and Dorina, who was six.

“One of the main reasons was that I wanted to live in place where we could live without being persecuted and discriminated against because my background is Hungarian Gypsy,” Robi says in an interview with New City Notes.

“And I definitely wanted to raise my kids too in a place where you can be whoever you want to be,” Robi says.  “And also musically, like every way, things were not happening for me there, not too much hope there.”

That’s why Robi quickly agreed to a very special concert scheduled for Friday. Oct. 16 at the Registry Theatre in downtown Kitchener.  The evening is a fundraiser for the Canadian Romani Alliance, a Toronto-based human rights organization. 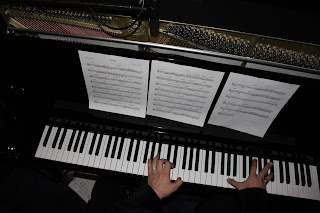 Robi was born in 1978 in Nyiregyhaza, and grew up in Budapest. After fleeing Hungary in 1998 he quickly became a prominent member of the Toronto jazz scene.  His son Robert was born in Toronto, and Robi teaches in the jazz studies program at Humber College.

“Well you know, starting a new life without language and money and everything, it is very tough,” Robi says.  “It was very hard at the beginning, but at the same time I met very nice people who helped me a lot.”

Robi is among Canada’s very best jazz pianists.  He will be playing with his father (Lajos Botos Sr.) on drums, and his brother (Lajos Botos Jr.) on bass.  Pretty much impossible to get more authentic than that for Gypsy Jazz.

You can read more about Robi at robibotos.com. 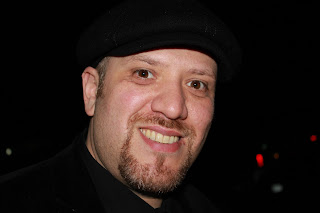 In addition to teaching and gigging, Robi composes and records.  He is a winner of the TD Grand Jazz Award at the 2012 Montreal Jazz Festival. He also won the piano competition at the Montreal Jazz Festival in 2004. For his efforts, Robi was flown to Montreaux, Switzerland to open for his idol Oscar Peterson at Stravinsky Hall.

Robi wrote a beautiful piece in honour of his long-time idol, Oscar Peterson. It is called Emmanuel, after Oscar's middle name. Robi played it at Stravinsky Hall and the two jazz artists became friends.  When Oscar was hiring a piano teacher for his daughter, he tapped Robi for the job.

Robi recorded Emmanuel on his CD A Place to Be.  He played with some of the best Cats in the business for his last CD, Movin’ On. His CD Christmas Eve is an inventive and straight-ahead rendition of several classics.

Check out Robi's recordings at www.robibotos.com.

Robi’s Family Trio will play a set of amazing music.  That will be followed by the screening of A People Uncounted.  Robi wrote the music for that 2011 documentary about the persecution of the Romani people in Hungary.

The documentary, directed by Aaron Yeger, is about the culture and history of the Romani people, commonly known as gypsies.  It was nominated for a Producer’s Guild of America award in 2012, and was featured in the New York Gypsy Festival.